The history of Arsenaal Delft

The history of Arsenaal Delft

Every stone has its own story to tell and every window looks onto another past. This peninsula between the waters of the Oude and Nieuwe Delft is steeped in history. You can still sense the trading spirit and smell the spices from ‘the East’. Every step in this rediscovered icon takes you back in time and every tread brings you closer to the origins of Delft… 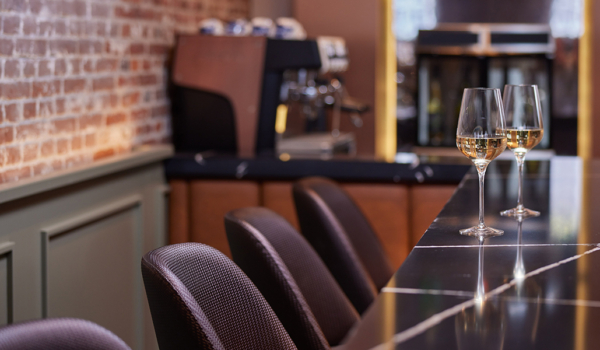 One of Delft's icons

The Arsenaal is one of Delft’s icons and an essential element of the townscape. The literally picturesque and ‘Vermeerian’ (Johannes Vermeer) complex has a high cultural/historical value. No wonder it’s listed as a National Monument. Over the centuries, the buildings have had many functions, inhabitants, and visitors.

Look out the windows and imagine Vermeer staring back at you…

Warehouse for cannons, firearms, bullets and other weaponry

The town’s carpentry yard, a courtyard for single women and a large brewery. Midway through the last millennium, a lot was happening on the southern side of the ‘peninsula’. Yet only in 1601 was history really made when a building commissioned by the States of Holland and West Friesland was erected on the southern tip.  Hotel Arsenaal Delft takes its name from that building. After the beginning of the 1600s, the Arsenaal housed many cannons, firearms, ammunition, and other weapons. Over the years, the Arsenaal became filled to the rafters a few times, and so extensions were made, such as a gatehouse (1660) and Armamentarium plus stockrooms (1692). The most recent extension was in 1802, when the East India warehouse was added to the complex. In 1897, it was decided to move the artillery material from Delft to a site near the Hembrug in Amsterdam. With that, the Arsenaal lost its centuries-old core function.

It was October 1st 1601 when twelve Delft merchants and entrepreneurs hired and provisioned a ship for a trading expedition to Asia. Captain Adriaen Corneliszoon Haai of Delfshaven rented his ship, De Haai, for one journey to the East. Under pressure from the States General, all Holland and Zeeland companies were fused into the Dutch East India Company (VOC). De Haai was rechristened as the Eendracht and the birth of Delft as a VOC city became a reality. In 1649, the VOC purchased a large warehouse opposite the office, residence, and warehouse of the Kamer Delft (the East India House). Goods such as spices, cotton, coffee, tea and Chinese porcelain were stored and trans-shipped there. Imitation of this porcelain eventually became the world-renowned Delft Blue. After the VOC was abolished, the East India warehouse was added to the Arsenaal.

New purpose as a prison.

Just after World War II, the Arsenaal acquired a new function as a jail for ‘wrong Dutch’ (collaborators). It was one of the 130 internment institutions in the Netherlands with the nickname ‘scum house’. The Armamentarium was mainly for female prisoners. However, in 1948, this former internment camp was also closed and the complex acquired yet another function. The Ministry of War assembled a study collection of military objects there.

A major restoration and renovation.

The collection of military objects aroused the interest of the Army Museum, which took over the building in 1959. Plans were made for a major restoration and renovation. The Army Museum’s ambition was to display all its collections in the Arsenaal. This ambition was achieved in 1989 when the Army Museum opened in Delft. 2005 saw the last notable change to the building for a time with the addition of a new entrance building. In the following years, plans were made to house the National Military Museum at a totally new location. This was found at the former Air Force base at Soesterberg. On 1 January 2013, the museum in Delft closed and the complex prepared itself for a new future!

Today we welcome you as our guest in Hotel Arsenaal Delft!